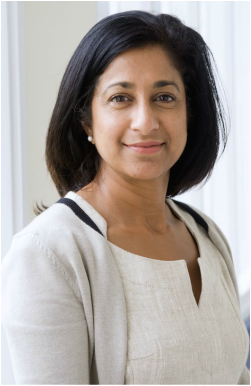 ​Anita Hazari has been a Consultant Plastic Surgeon at the world- famous Queen Victoria Hospital NHS Foundation Trust, East Grinstead since 2006. As the Oncoplastics Breast Lead 2009-12, Anita was a key member of the Kent Breast Cancer Network, helping to formulate the breast reconstruction pathway, policy for pre-op screening in breast reduction surgery and the use of lipofilling in breasts. She was a member of the BAPRAS council 2013-2015, during which time she served on the Finance Committee, ABS Council and was the lead for National Commissioning. She established the UK National Flap Registry (UKNFR) in 2015 with cross-speciality participation from BAPRAS, BAOMS, BAHNO, ABS & BSSH. She was the UKNFR  National Audit Lead (2015-2020). In 2016, she was also a member of the Breast Implant Registry steering group by NHS Digital.
She was the executive Chair of PRASIS (2017-18) and its board member (2014-16), a mutual medical indemnity insurance scheme for plastic surgeons in the UK.

Anita has been selected to Chair the Court of Examiners for the FRCS(Plast) examinations held by the UK InterCollegiate Specialty Board in Plastic Surgery (2020-2023). Anita is a certified Educational Supervisor with the KSS (Kent, Surrey & Sussex) Deanery. She loves to teach and regularly lectures plastic surgery trainees, nurses and breast care nurses .

Anita lives in Kent with her husband and teenage son. Apart from watching cricket with her sporty son; her interests are running, tennis, pilates and the Italian language. She also hopes to master the piano one day!